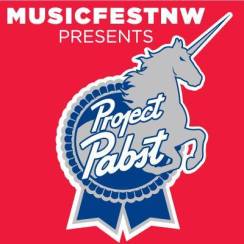 There’s some sad news for Portland area festival goers. MusicfestNW and Project Pabst will not be kicking up dust and dishing out PBR’s this year in Portland’s iconic downtown Waterfront Park.

Citing the end of a partnership with Pabst and the budget beer’s decision to “go in a different direction,” MusicfestNW and it’s parent operator, Willamette Week, announced the cancellation earlier this week. This will be the first year without the festival since it’s inception 18 years ago. Event organizers promised that this would just be a gap year, and that the festival would return in some form or another the following summer.

In earlier years, the event was originally modeled after the SXSW ‘club-based’ format, utilizing multiple local venues to showcase different artists before moving to Tom McCall Waterfont Park in 2014. MFNW also mentioned that although they considered reviving the OG style this year, they determined there wasn’t enough time to coordinate with multiple locations and sponsors.

We here at Coma are particularly upset about this announcement, as it eliminates one of the more prolific festivals in the area. Last year brought acts ranging from Nas, Lizzo, and Noname, to Beck, Iggy Pop, Father John Misty, and FIDLAR, to name a few. Music fans near Portland looking for artists of this caliber in a festival setting will now have to rely on Soul’d Out in April and Sasquatch! in May.

We’re looking forward to MFNW’s return in 2019! Scroll below and take a look at some of Coma’s posts from the event last year.

Tried to hold a beer up front during @FIDLAR. Should've known that wasn't a good idea #projectpabst #musicfestNw pic.twitter.com/aLTVPDzmy8

One thought on “MusicfestNW Takes a Gap Year”